The Makings Of a Perfectionist

"SD, mommy is waiting for you in the kitchen. She needs you to braid the challah!"

"SD, can you help me with this scrapbook page I'm making?"

These occurances all have a common thread. While my aquaintances often grimace when I take my time, completing a task to perfection, they find themselves coming back to me for help when it is important to them.

I guess you could call me a perfectionist. That would be the only explanation for behaviors such as waiting for my little sister to leave the room, so I can un-set the table and re-set it to my liking. And perfectionism is probably the reason behind the hour and a half it took for me to make lettering for my friend's baby's scrapbook. And when most people's challah looks like just...challah, yet mine looks like something out of a postcard, it all boils down to my constant need for perfection.
Sometimes people grumble. "Can you just hurry up and ice that cake SD?!? I wanna leave already!" But then, it's their friend's vort, and not just any cake will do. They want to make a cake that will scream out "don't cut into me! I look too fancy!" And somehow, I get drafted. Cuz I am the only family member who is capable of sitting there for hours and hours, putting details onto that cake that nobody will ever notice.
So last night, I sat there thinking about it. I was deeply engrossed in the act of putting canned cherry pie filling on top if a cheesecake. My friend was looking on with a mixture of admiration and horror. "Why don't you just dump the can on and smooth it out?" To me, it was simple. It wouldn't look good that way. So I sat there fishing the cherries out of that red gook. I was lining them up with such precision, that if anyone like me would cut the cake, each peice would have an equal number of cherries. It may have taken me three times as long, but looking at the finished product, even my skeptical friend was impressed. "That looks beautiful."
I am not saying all this to brag. Honestly, I'm not so sure it's a good thing. Obviously, I'd be better off with a balance. My philosophy, as you probably noticed, is that when you do something, you may as well do it ALL the way. So as I sit there toiling over minute details that most people would overlook, such as folding over blanket just so as I make my bed, I basically come to terms with it. This is me. Good, bad, or tedius. A perfectionist might get on your nerves at times, but when there is a kiddish to set up...call in the perfectionist and all is well.
At times, I think I am my own worst enemy. If not for my inner perfectionist, I think I would have been able to develop my artistic abilities. Because as it stands now, I pick up a pen to draw something, I don't like it, and I rip it up. And eventually, I run out of room in the garbage can and I give up.
On the other hand, I am my own best friend. It's the perfectionist inside of me that gets me the promotion at work, that gets me trusted with jobs that nobody else would be allowed to do.
What do you think? What is the line one shouldn't cross? When should a person look the other way and give up on having something perfect?

the blame for this post goes to: Something Different at 10:20 AM

LOL! I thought I was the only one who puts the cherries one at a time, with extreme precision, on top of the cheesecake!

When we make cheesecake in my house, we don't read the recipe through and end up mixing the cherries into the cheese mixture. Pink cheesecake looks very interesting - you should try it one day

I've never made cheesecake with cherries, but I know exactly what you mean by waiting for someone to leave the room in order to rearrange something they set! By now, it's a running joke with some of my friends.

It's not always a good thing. Too much of a responsibility and undesired work...

I can't criticize because I'm EXACTLY the same way....
I have been warned though (and I'll pass it on to you) to be very careful because as we get older (who US?!??!), It becomes more and more difficult to hold all this perfection "together".
But hey, it's not like we do this by choice, right? And the end results are pretty :D

Rikki- Apparently, there are two of us...or more. Shall we start a club?

CMF- Yeah, that is what would happen if my sisters tried making cheesecake. Notice it was my job.

G6- What does age have to do with it? Your dentures fall out while you are arranging your pills artistically?
And yes, your end results are very pretty. One day I am gonna get lessons from you... :-)

It's harder to have the energy to "juggle all the balls in the air" as you get older.
There is a real physical component to perfectionism. (It does help to marry someone who shares the trait... I no longer set the Shabbos table since he always re-did it: The ultimatum was (a) leave it alone or (b) do it yourself from the get-go .... he chose 'b'.
Oh, and if you want to 'patchke' with perfectionist cakes, make a bride cake for all your friends' shabbos kallahs.... you can get TOTALLY carried away with decorating the gowns (ask me how I know... I have pics to prove it ;) )
LOL, on the artfully arranged pills!

G6- I hear ye. Btw, its funny that you say that about the table cuz my mother does a similar thing. You wanna use the good china? No problem- you wash it! And he does. :-)

I would love to see your pictures, but I would never consider taking that up. The last thing in the world I need at the moment is another time consuming hobby. As it is, I am finding myself dropping one thing after the other due to lack of time...

SD your new name is "something the same", because from the comments it seems like everyone else is also a perfectionist, or is it only girls?

Don't leave me out of the club!
I'm the epitome of perfectionist and more often than not it causes problems. The good thing is that I'm not the only one in my family who is a perfectionist so I can rely on others to "perfect" everything even when I'm not around.

I just caught up readin gon the last few posts; for some reason your writing makes my heart pound faster and give me a jolt of andrenaline. Have a wonderful Shavous!

K, I'm going to be the odd (wo)man out here and admit that I'm not a perfectionist. Sometimes I wish I would be because although I like the end result of perfectionism, I don't have the patience to make it happen. Truth is though, I probably don't care enough because when I'm determined, I'll do anything to achieve it.
When I want things perfect, I go to my sister :-).

MIM- nah, it's just the perfectionists speaking up. But then again, my perfectionism has nothing to do with my being different. It's other things. If you can't figure it out from my blog, you're never gonna know. :-)

TB- so you're trying to say you're perfect?

HS- having just spent 20 minutes pouring glaze over the cake I baked yesterday, I would say that the end results are great. But sending it to your sister is even better. :-)

You sure Im never gonna know? I am very dangerous, I just need a little info and youll be running.

Jewish Side of Babysitter said...

It's great that your a perfectionist! I envy you, so to speak. Lots of times I just don't have the patience and just finish a job while it's not at it's best. Sometimes I just can't look at a paper again, and just hand it in the way it is. But if I enjoy something then I will perfect it.


And you know what it could be? It could be that you like designing and creating stuff, you would make a good architect.

And btw, I never knew Cheesecakes had cherries on them. I actually saw a cheesecake for the first time this Shvous at my shul that the Rebitzen made. But of course I haven't tried one yet.

perfectionist or not, the red goo the is the best part of the cherries!!

JSB- Its funny that you say that, because when I was younger I thought I wanted to be an architecht, then I realized that I am lousy at math... ;-)

Anon- I put it on, but it was in between the neatly lined up cherries. :-) 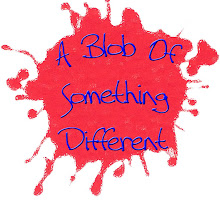 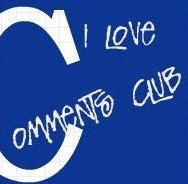 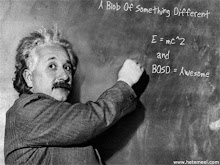